On July 2, 2017 at the Melbourne Town Hall, the Wheeler Centre, with the support of the City of Melbourne and Film Victoria, and in collaboration with the Clarke family, presented ‘John Clarke: A Celebration’ - an evening of readings, stories, and music celebrating the life and work of satirist John Clarke. 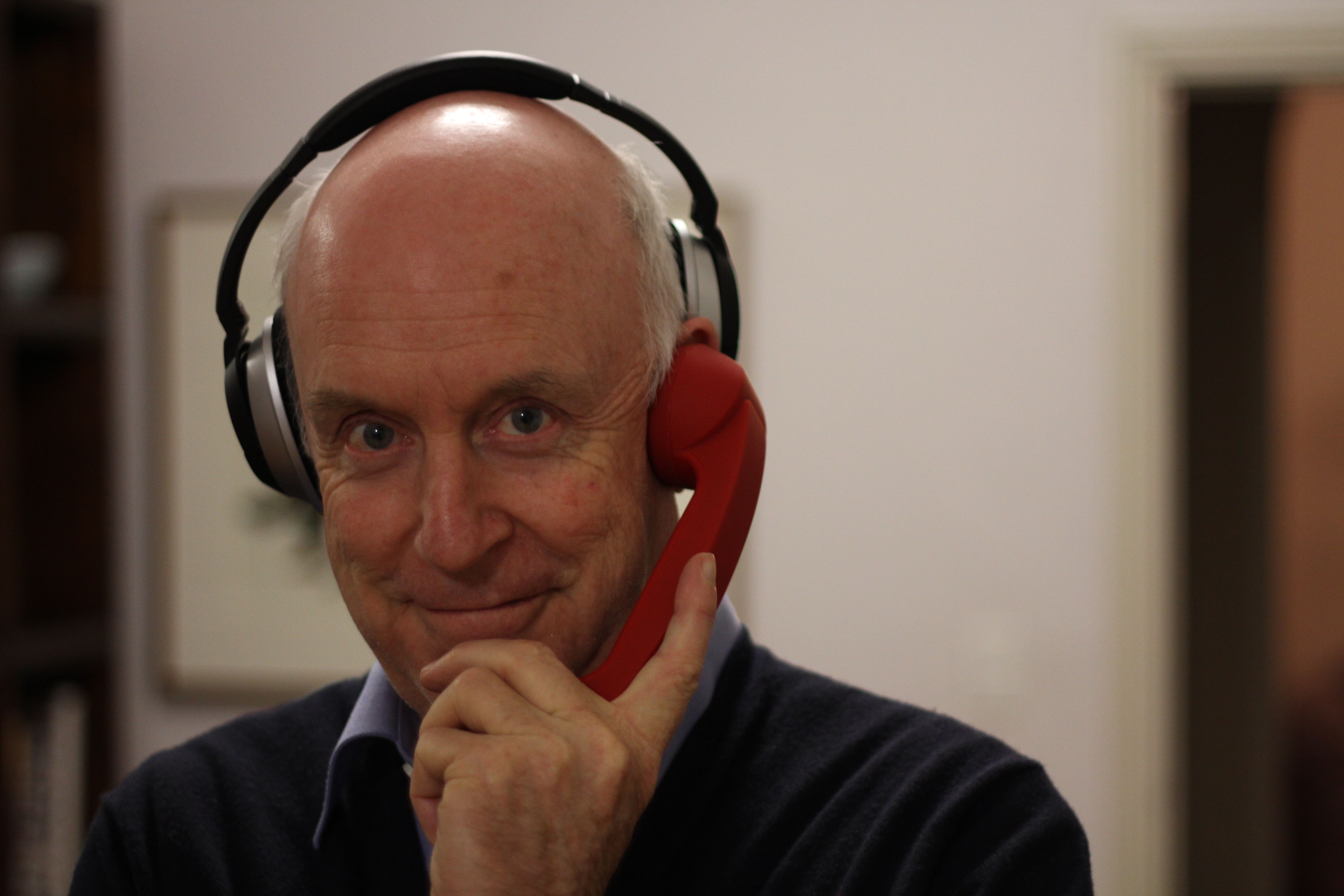 People have been asking a few questions about the evening.

People have asked if there is anything they can do as a gesture in John’s honour. The Clarke family would like to encourage those who can make a charitable contribution in John’s memory to donate (in Australia) to Trust for Nature and (in New Zealand) to Forest and Bird. (Note: you can actually donate to either charity from anywhere in the world).

People have asked if the celebration event is going to be broadcast anywhere. The answer is yes, it will be broadcast in part on radio and later in podcast form. This Friday 7 July, ABC 774 Melbourne will play an hour long highlights package in place of The Conversation Hour at 11am. There will be one other ABC broadcast at a later date and The Wheeler Centre will most likely be releasing a longer-form podcast in due course. We will keep people informed of this on the Clarke and Dawe Facebook page and the Mrjohnclarke Twitter account.

People have asked who spoke and what they said on the night. The following is a sightly updated text of the playbill that was handed out at the end of the evening:

The Clarke family would like to encourage those who wish to make a charitable contribution in John’s memory to donate (in Australia) to Trust for Nature and (in New Zealand) to Forest and Bird.

John’s family, Helen, Lucia, Lorin, Anna, Alice and Stewart wish to thank the team at the Wheeler Centre for their tireless work putting this evening’s event together. Thank you to Jeremy Smith, who coordinated the live music. Thank you to tonight’s performers, to family and friends in attendance, and especially to John’s loyal audience. Thanks to the City of Melbourne, Film Victoria and the ABC for their support, and to Stewart Farrell and Kat McGuffie for their advice. Tonight’s choir, Melbourne Indie Voices, is an indie-folk choir run out of Fitzroy/Collingwood, directed by Sophia Exiner (Phia). You can find them here.

Lorin Clarke
Thank you, and a bit about tonight’s show.

Judy Horacek
An excerpt from ‘Quiz Answers’, a series printed in The Age and on John’s website.

Michael Heyward
On working with John as an editor. Ended with John reading from The Even More Complete Book of Australian Verse (CD).

Shane Maloney
On John and golf, frisbee, diving, and Shane’s cameo role in Stiff and The Brush Off.

Paul Kelly, Vika and Linda Bull, Paul Dempsey, and Jeremy Smith
Singing Meet Me in the Middle of the Air, by Paul Kelly.

Geoffrey Rush
Reading ‘A Child’s Christmas in Warrnambool’ from John’s book, The Even More Complete Book of Australian Verse.

Kaz Cooke
On emailing, including a version of this story about driving delivery vans in London.

Michael Leunig
On reading a poem together.

Amanda Smith
On John and sport, and Wednesdays at the ABC. The sporting documentary project Amanda and John worked on together was Sporting Nation.

Barry Jones
On John’s passion for music. Reading A. D. Hope’s ‘Death of a Bird’.

David Wenham
Reading ‘The Resolution of Conflict (concerning the Federated Under Tens’ Association and The Massed Five Year Olds)’ from John’s book, A Complete Dagg.

Ginette McDonald
On John in New Zealand and London.

Colin Lane and Frank Woodley
A tribute to Clarke and Dawe.

Sam Neill
On John being an outsider. Reading Michael Leunig’s cartoon in honour of John.

Barry Humphries also sent the following kind message to organisers this evening:
I first met John Clarke as an extra on a film I wrote with Bruce Beresford called The Adventures of Barry McKenzie.  Although he had a silent role, he was instantly recognisable as a funny man and he just got funnier. He was a New Zealander with a strong Kiwi accent and his early creation, the character of Fred Dagg was as disrespectful of certain New Zealand men as Barry McKenzie of the Australian character. As I suspected early on he achieved national fame along with Garry McDonald and became one of the best and most durable Australian comedians or comedians anywhere. When Sydney hosted the Olympic Games, he created a television series called The Games which was the funniest television program ever made in Australia, as well as the most brutally honest depiction of local bureaucracy. I have not seen him in several years and I was very shocked to learn of his death. His humour seems to owe nothing to anybody, it was his own, totally original, devastating and yet kindly. The nation needed John Clarke and we will miss him.