‘The Games’ was the multi-award-winning documentary series which catalogued the organising of the enormously successful Sydney Olympics. The senior executives became household names. Mr Clarke (as he then was) and Mr Dawe, Ms Riley and Mr Bell have all gone on to make further significant contributions to Australian public life. Nothing since has so perfectly caught the greatness that can be achieved if mutual respect and high personal standards are prevented from clouding the realities of getting the pig to market. Stand up Australia. This is the inside story of the nation’s proudest achievement.

ALP requiring 6 runs from the final over for victory. Shorten on strike.

END_OF_DOCUMENT_TOKEN_TO_BE_REPLACED
This might help. This is Beatrice Glenavy, the painter, remembering the sculptor John Hughes.
09/06/2015

One evening I had been to see John Hughes at his flat, where he lived with his sister and his dog Ned. He walked back with me to my hotel. On the way we went to his studio where he was working on one of the great clay models of the allegorical groups for the Queen Victoria monument. It was dark. It was late. He lit a candle and we examined the figures in the dim light. The bit of the candle was very small, and as we sat and talked for a few minutes it flared up and went out. We both remained absolutely still, in silence. The dog was asleep on the floor and snoring gently. There was the faint sound of water dripping from a tap somewhere in the far corner of the studio. As my eyes got used to the darkness, the skylight seemed to get brighter and a few stars appeared. After what seemed quite a long time, during which neither of us had moved or spoken, Hughes got up and went to the door and opened it. The light from the boulevard streamed in. The dog got up and stretched himself and we went out.

Years later, after the war, when I went to Paris and met Hughes again and we walked and talked in the Luxembourg Gardens, I asked him if he remembered the night the candle went out. He said he did and he paused for a moment and then added ‘If you had laid a finger on me that night, my dog would have torn you limb from limb.’

This article by Andrew McMillen appeared recently in ‘The Australian’.

END_OF_DOCUMENT_TOKEN_TO_BE_REPLACED
And in photographic news
26/06/2014

John now has a flickr site and has put up some photos. Some are of birds and some are just shots he took walking around. We’ve also put up a few shots we found in boxes here at the institute. You may have to blow the dust off some of them. 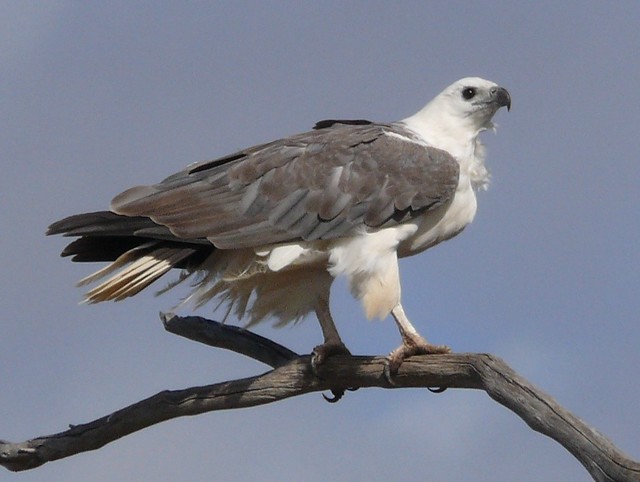